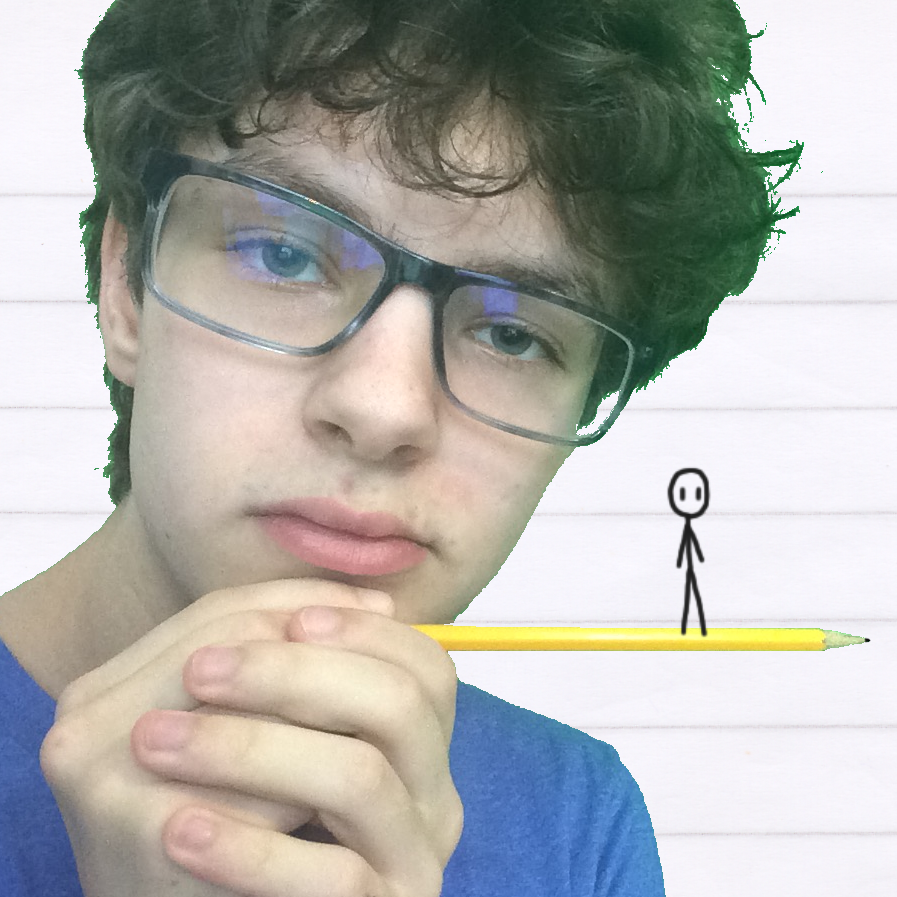 A friend of mine proposed an idea where you play as a stick figure trying to escape an eraser, and I decided to expand on that idea. I used GameMaker Studio 2 to program the game, paint.net to draw Doodleguy, and my iPad to take pictures of the real world objects. My friend used Bitwig Studio 3 to make the game's music.

I used all 3 weeks for the Game Jam. In week 1, I worked on a rhythm game idea that I eventually scrapped. So in week 2 I restarted and created the fundamentals of Run, Doodleguy. And in Week 3, I finalized the game, which involved asking friends of mine to contribute obstacles.

The hardest parts of development involved making the game store all the information for drawings inside custom files, and allow it to recreate those drawings by reading the files. I also realized that, because of how the drawings are made, the game suffered from slowdown. I'm still not sure the slowdown has been fixed, but I'll let you (and your computer) be the judge.

I credit games like Blocksworld—where players can create their own content—for getting me into game development. Games that are able to convey interesting stories while also being really fun are also inspiring to me. You don't really see much story in Run, Doodleguy!, but I'll make a game with some narrative complexity someday.

Use WASD or the Arrow Keys to move and jump (you can also press space to jump). Click anywhere to draw a platform, and right click anywhere to erase platforms you drew. Try to survive as long as possible.