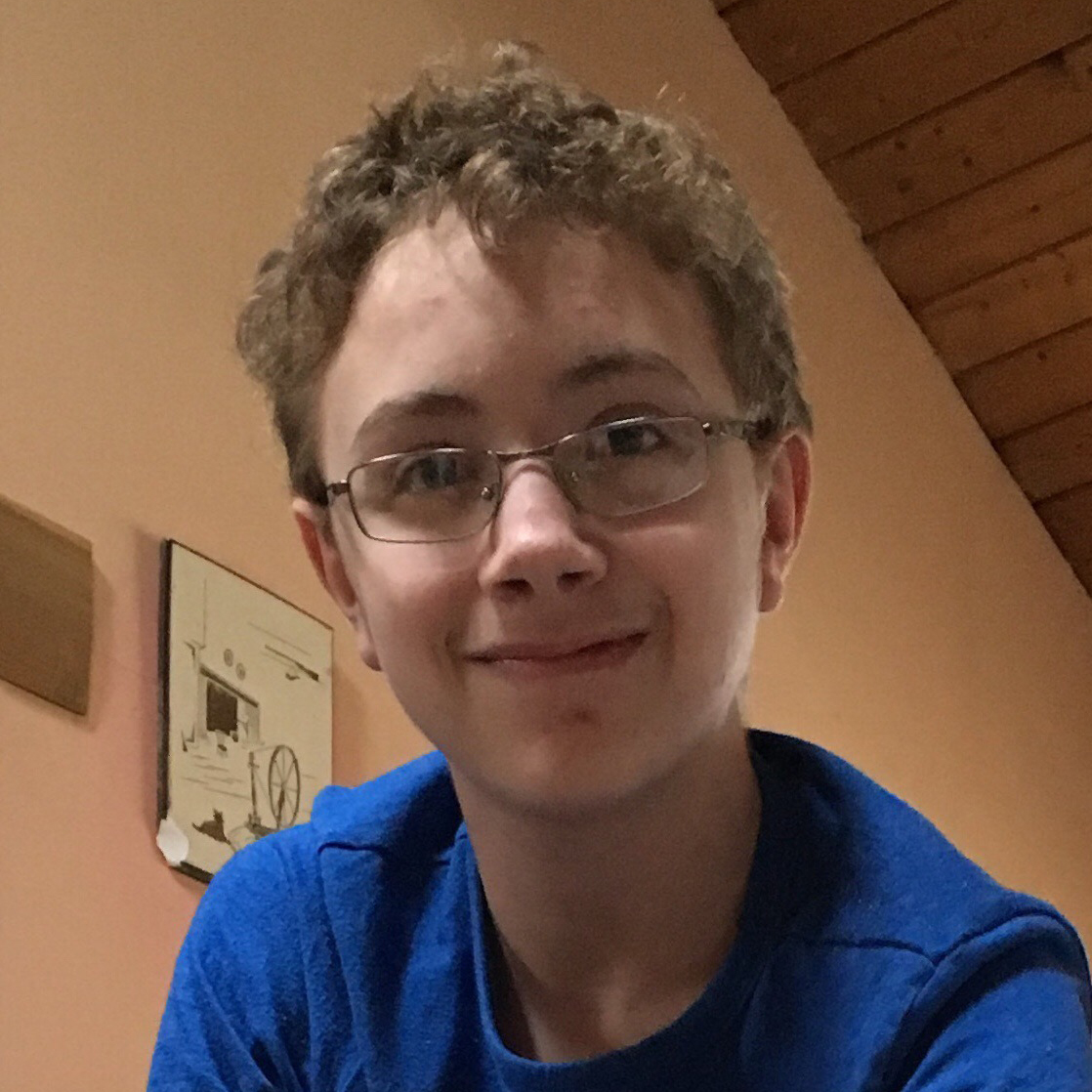 I made this game in about 5 days using Construct 2. For the music I used LMMS. My idea for this game was that you are a robot that has to escape a strange futuristic place by solving puzzles in order to escape. I was inspired by Portal with the character “GLaDOS” for the idea of a voice commentating as you make your way through the rooms. I also wanted to try to make music that adds on in layers, since I’ve never done that before.

The largest challenge that I faced was building the core puzzle mechanics. I always find it challenging to create the core mechanics for the whole game to be based on. For this game I decided that I wanted to focus on color-based puzzles. In the sixth level I made the colored barriers move. This is intended to prepare the player for the final boss, which has falling platforms that are meant to test their quick-thinking skills.

I began game development about 5 years ago. I mainly make games on Construct 2 for my friends and family to play. I’m inspired by Portal and Portal 2, but I’m also inspired by difficult platformers like Celeste.

In “The Escaping Robot,” you’re placed in the shoes--or wheel--of a little robot trappe...

In “The Escaping Robot,” you’re placed in the shoes--or wheel--of a little robot trapped in the depths of a UFO’s dungeon. It’s a solid platformer with great art, impressive level design, and clever puzzle mechanics.

The art is cohesive, detailed and well-crafted. The levels are atmospheric: the dark greys and metallic accents look like a place you wouldn’t want to be trapped in. Little details, like the speakers and cameras found all over heighten that sense of being watched. And the titular Robot looks small and vulnerable next to the nefarious obstacles it encounters en route to escape.

Escaping Robot’s level design is an exemplar of good pacing. The early levels teach you the controls and puzzles without on-rails tutorial screens, and later stages require both skill-based platforming and puzzle-solving. The final boss is challenging and makes use of all the mechanics you’ve learned throughout the game.

The controls and movement are tuned to perfection, with spot-on physics and movement. The way the Robot sways left and right on its single wheel is a nice little twist that makes platforming feel fresh.

The sound design is excellent as well--the disembodied UFO voice is both threatening and comedic, the music has hints of old-school science fiction, and the sound effects are satisfying even on repeated listens.

For all these reasons and more, we’re not surprised Trevor R.’s “The Escaping Robot” won our audience vote in the second Coolmath Game Jam.

Have you helped the Robot escape yet?

To move the robot, use the arrow keys or WASD. Interact with objects by pressing the down key or S.