Ice Cream Man is one of the newest platformer games here at Coolmath Games. Unlike a lot of platformers though, it comes with an interesting twist (or should we say swirl).

Ice Cream Man is a time game where players slowly melt as they continue through the map.

This means players must be incredibly efficient if they want to make it through the entire game. While the earlier levels aren’t too much of a challenge for most players, it starts to get extremely difficult by level 15 or so.

The basic objective of our time game is to grab the key that is placed somewhere on the map and get to the freezer at the end of the level. Once you get through the level, you will immediately move on to the next one. See if you can make it through all 20 levels and establish yourself as the ice cream king.

How to Play Ice Cream Man

The controls for Ice Cream Man are pretty simple. This time game just uses the WASD keys or the arrow keys. Since the whole goal of Ice Cream Man is to jump through the map, grab the key, and get to the exit, the controls are just used to run and jump your way around the map.

This is one of our favorite parts of Ice Cream Man. Players don’t have to spend 5 or 10 minutes trying to get the controls down. You can pretty much hop in and start confidently playing right off the bat.

Ice Cream Man is a game that can be difficult to beat for many players. Don’t worry though, if you follow our strategies you’ll have no problems going far in our time game.

Use Your Time Wisely

This is first and foremost a time game – players must be quick if they want to make it far in this platformer game. Once you reach a platform that will begin to melt you, move as fast as you can.

The best way to use your time efficiently is to form a plan before you begin to move if you are able to. This is critical for the later levels where efficient movement is extremely important.

The larger your Ice Cream Man is, the more athletic he is. He is able to jump higher and run faster due to his size. This means that you may need to be at a certain size in order to jump across a chasm or make it across a path in time. Make sure to keep an eye on how large you are.

Sometimes You Have to Melt A Little

With that being said, sometimes being small can be an advantage. Occasionally there will be small gaps in the map that you have to squeeze through. Fitting through them is easy, all you have to do is run on the yellow platforms for a little while. Make sure to be careful though – if you get too small you might just end up melting away.

Pay Attention to What You Are Standing On

There are two different kinds of platforms that players can stand on – blue and yellow.

The blue platforms are your safe zones. When standing on blue platforms, the Ice Cream Man is totally safe. No melting will occur, you can take all of the time in the world. This is a great time to plan out your course of attack. Knowing where you will run and jump on the map will help you save time and boost your odds of getting all the way to the freezer.

It’s probably pretty obvious, but we also want to mention that you should avoid hitting the spikes. No matter how big or small your Ice Cream Man is, he will immediately get destroyed if he touches a spike. You will end up having to completely restart the level if you hit them, so steer clear.

While it may seem like a pretty niche game, there are a few games that are similar to Ice Cream Man. We have a couple of recommendations if you are interested.

Avoid the sun at all costs in this fun and creative platformer game. In Heatwave Antarctica, you are playing as an ice cube who is trying to make it to the exit. Be fast though, the sun is beating down on you and you are slowly melting!

You will need timing and logic in order to beat this game. While it may sound like just a fun and silly concept, Heatwave Antarctica actually takes quite a bit of skill if you want to make it through the entire game. 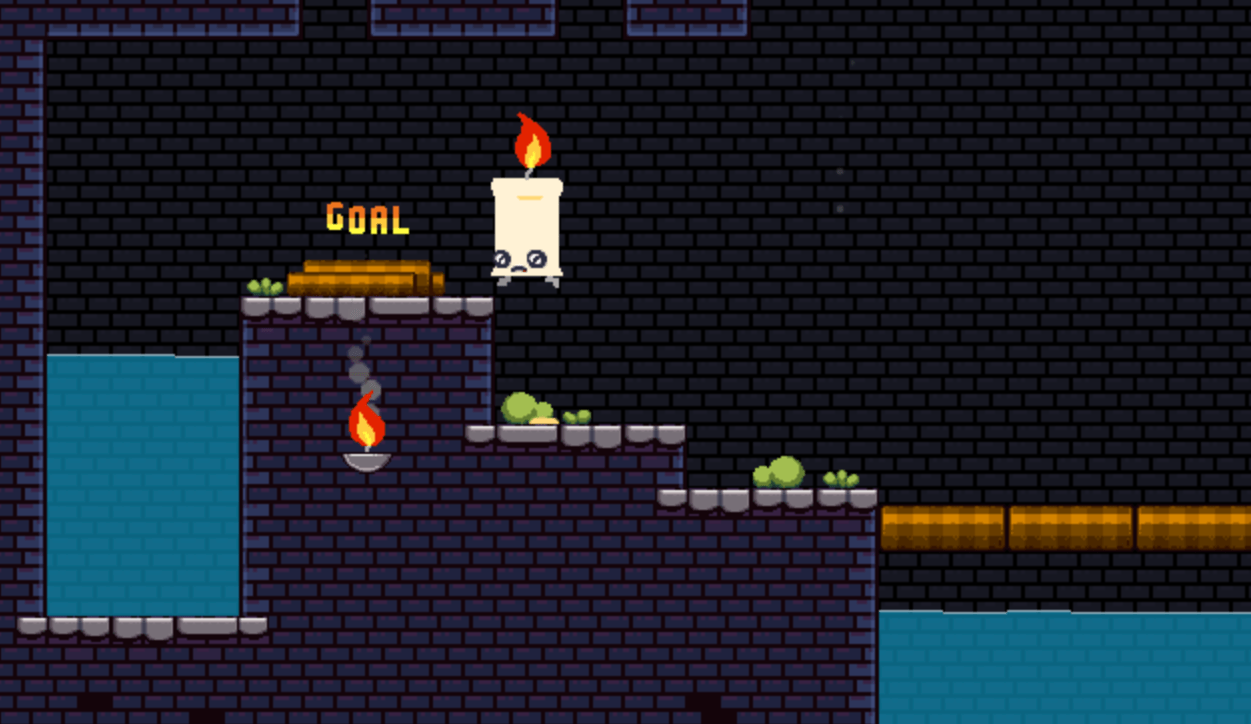 Set the world ablaze in Lifespan candle, another fast-paced time game. Get through the map quickly before your candle melts through all of the wax. This puzzle-platformer game requires quick thinking and impressive reactions to get through each of the 9 levels.

So hurry on over and play Ice Cream Man right now! Be quick, he might melt by the time you get there.