The Captivating History of Darts

Darts has a long and interesting history, with the official sport starting all the way back in 1896. Many claim however that Darts goes back even further, starting in medieval times. The history of Darts is much more than meets the eye, or should we say bullseye.

The Darts that we know today was invented by Brian Gamlin in 1896. Brian was a carpenter in Lancashire, England. While Gamlin created Darts in 1896, the official rules weren’t set until the early 1900s.

Sadly, Gamlin was never able to see just how popular Darts got. He passed away in 1903 before he was able to get the patent for Darts. Despite this, his legacy lives on as Darts has become one of the most popular games in the world, especially among people in the United Kingdom.

The History of Darts

Now that we know who invented the official Darts game and where it came from, let’s delve back into the origin of the sport. The history of Darts started all the way back in Medieval Ages. While it wasn’t quite the same board layout, the concept was similar. Players were throwing pointy things at a board and trying to earn points.

While we may think of Darts as a silly game, it was actually an important sport when it was first birthed. Military members in the 14th century would play Darts in their downtime in order to boost the morale of the troops.

By the 1800s, the game was gaining momentum and people all over the United Kingdom were starting to play it. Variations even started to appear, such as the game Puff and Darts. Instead of just throwing a dart at the board, players would actually use a blowpipe to direct the darts towards the board. It sounds like an even more fun version of the game we play today!

The dartboard that we know and love today was not set until 1900. This board had the same multi-circular layout that players still use today.

Soon after the dawn of Darts, the sport ran into a major roadblock. The English legislation banned Darts in the country, labeling it as a ‘game of chance’. This law was meant to reduce gambling in the country,

This law was actually taken extremely seriously in the country. A pub owner from Leeds was taken to court just for having a dartboard up in his establishment. The court determined that Darts was a game of luck rather than skill. We here at Coolmath Games completely disagree with this, considering that Darts takes a tremendous amount of timing and skill (as seen below).

As Darts progressed and spread further around the world, it began to become a more official sport. In 1924, the National Darts Association was created. In just 15 years, almost 300,000 people signed up for the yearly News of the World Darts Championship newsletter.

Darts has done nothing but continue to grow in the modern day. Most people have now realized that Darts is a real and competitive sport for players to display their skills. According to Darts News, there are over 50 million worldwide Darts players.

Probably the most famous modern Darts player is Phil Taylor, a 14-time world champion out of England. Taylor played for almost 30 years, starting in 1990 until he finally retired from the game in 2018. Most Darts fanatics consider him to be the greatest player that the sport has ever seen, and he has been ingrained as one of the legends in the history of Darts.

If you have already played Darts and want another sports game to switch it up with, we have a few great recommendations. 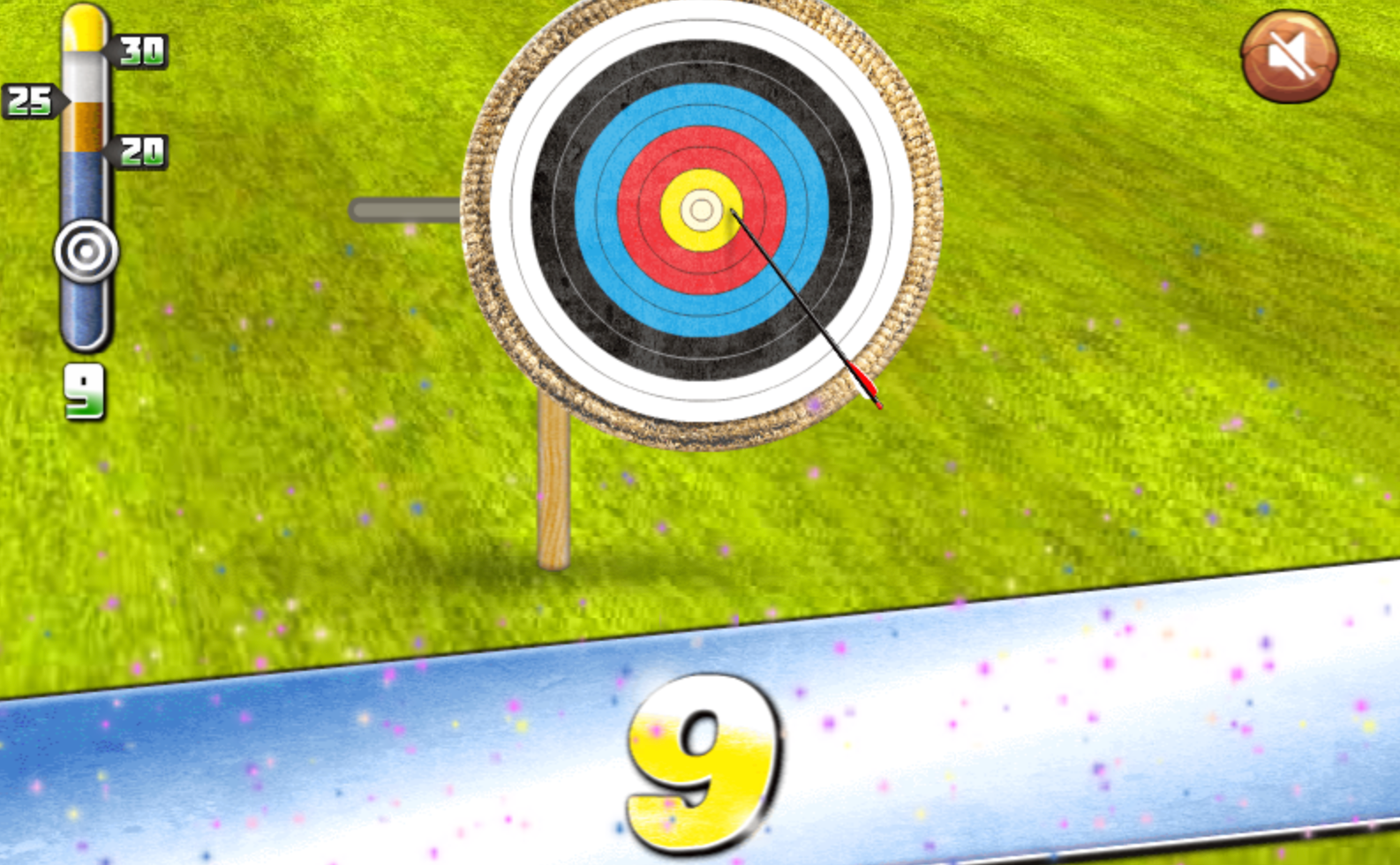 Darts and Archery have a lot of similarities. Players are trying to get a pointy object to stick in the center of the board. However, in Archery World Tour, you will have to take into account a shaky bow and extreme winds. It will take coordination and aiming skills in order to make your way through the circuit and win the game.

If you want another game that uses math to enhance the gameplay, look no further than Penalty Kick Online. In this game, players must both try and score penalty kick goals, as well as block other teams’ penalty kicks. Quick reactions and good timing are everything in this game. Make sure to brush up on your math though, you’ll need to add and multiply with great accuracy to go far.

Now that you know all about the history of Darts, go and play it right now on our site! If you aren’t feeling very confident about your skills, you can also learn how to play Darts by reading our Coolmath Games blog.