How to Play Retro Ping Pong: A Complete Guide

Retro Ping Pong on Coolmath Games pays homage to the 1972 Atari game ‘Pong.’ Created by Allan Alcorn, ‘Pong’ is one of the earliest known arcade video games later brought into the home setting with Atari systems in the mid-70s.

With its minimal graphics and simple mechanics, ‘Retro Ping-Pong’ captures the feel of the 1972 classic, while throwing in an added challenge for experienced players. There are two different options on how to play Retro Ping Pong. Players can either go a few rounds against the computer at any difficulty, or play a friend with the couch-co op style multiplayer mode.

You’ll also find two modes in this game: Classic Mode and Action Mode. When learning how to play Retro Ping Pong it’s important to know the differences between the two, so let’s get right into it! 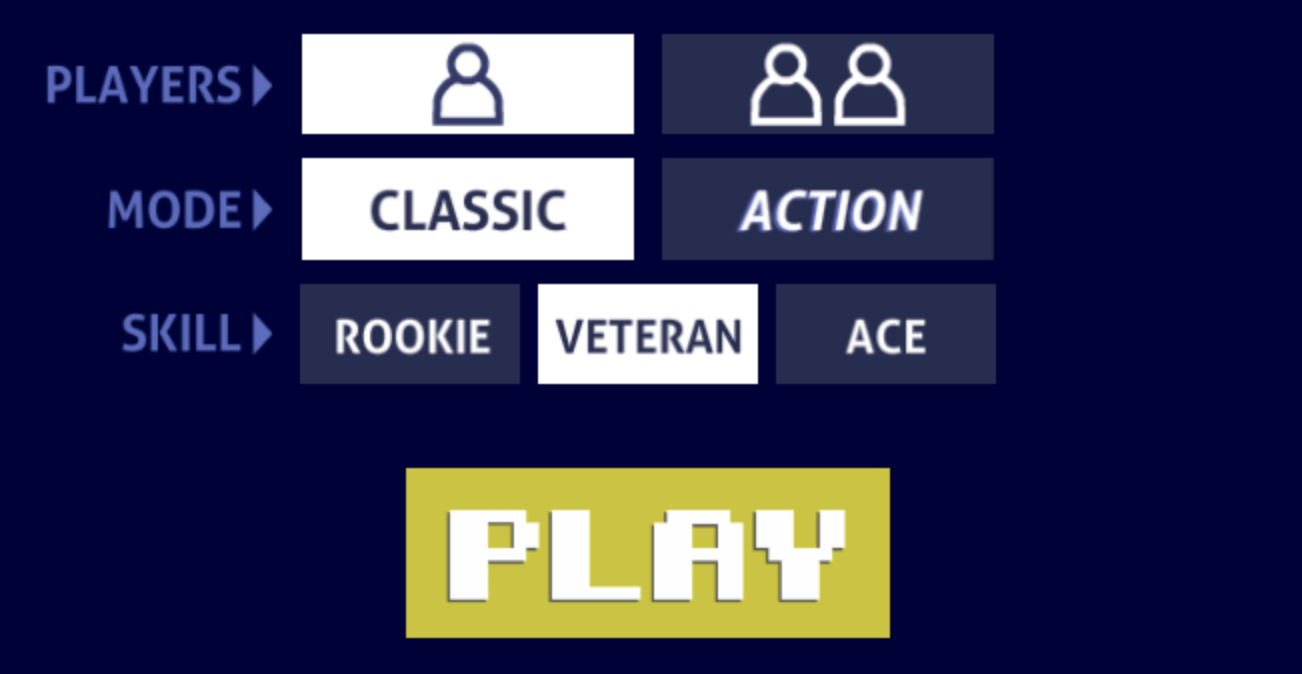 How to Play Retro Ping Pong: A Tale of Two Modes

No matter which mode you choose, each game of Retro Ping Pong has only one way to win: score more points against your opponent. Choose the difficulty that best matches your skills.  Rookie being the easiest difficulty, Ace being the hardest.

In Classic Mode, your only goal is to try and get the ball past your opponent’s paddle. The first player to score seven points wins the game.

Each round, the ball will be served to the player who scored last. If you’re playing against the computer, you’ll be using the arrow keys to control the paddle on the right-hand side. When playing against a friend, the left side is controlled using the W and S keys.

Classic Mode is best for casual play. A simple game of back-and-forth that is sure to test your reaction time. Classic Mode may be easy to play, but it doesn’t have to be! When playing against the computer, try increasing the difficulty with every game you win for a bigger challenge.

Here’s where things get interesting! In Action Mode, the rules will change every time you score a point. Sometimes, you won’t even need to score a goal to win.

Each mode is randomly generated in every new round of play. From dodgeball to keeping a kitten safe, you’ll find a ton of fun and challenging twists. So what exactly are these twists? Let’s go over them all:

Secret Wall. An invisible wall will appear along the dividing line. You won’t be able to see the wall at first, but when you hit it, it will reveal itself! The wall bounces the ball back at your paddle, so be prepared to block fast!

Fireball. Enter the ring of fire! Each time your ball passes through the flames in the center, it will become hotter and move faster.

Bumper Ball. Bouncy bumpers will appear around the court, making more obstacles for your ball to go through. Be careful! The ball may just bounce right back at you!

Multiball. There will be more than one ball on the court during this round! You’ll have to score twice to win, but also be extra careful to not let one ball through your goal.

Big Ball, Little Paddles. Ball gets big, the paddles get small. Pretty much sums it up.

Fog Zone. The center of the court will become enshrouded in fog. When the ball passes through the fog, you won’t be able to predict where it will come out. Keep both eyes open and focused when playing in this round.

Gravity Well. A blackhole opened up on the court! The gravitational pull will change the direction of the ball in this mode.

Don’t Hit the Kitty. A kitten appeared on the court! Avoid hitting it with the ball at all costs. If you hit the kitty twice, you lose the round.

Blaster. Each paddle is equipped with a blaster. Press the spacebar to zap your opponent’s paddle. Score a goal or zap your foe twice to win this round.

Robo Battle. The Robot will shoot lasers at your paddle, so watch out! If you get hit twice, you lose the round. Use the ball to strike the robot w Defeat the robot or score a goal to win!

Flappy Pong. Keep pressing the W or UP arrow key to make your paddle fly! Release the key to drop it down. This mode can be a bit tricky to master!

Dodgeball. In order to win in this round, you have to avoid hitting the balls! If you get hit by a dodgeball twice, you lose. Try to survive as long as you can!

Shatter Paddle. Each time the ball hits your paddle, a piece will break off. The more you hit the ball, the shorter your paddle will become and the harder it will be to hit the ball!

Brick Breaker. Each side gets a ball to chip away at the brick wall in the center of the court. Score to win this round, but be careful not to let the ball bounce into your own goal!

You know how to play Retro Ping Pong. You know all the different modes and their rules. Now it’s time to play! Experience the Action Modes yourself or go the Classic route, just be sure to think fast and act quick!

Enjoyed Retro Ping Pong? Try out some similar games like One Ping, No Pong or Redline Pong.