Social Gaming: Gaming as a Community

Social gaming isn’t a new concept. Gamers have been building social spaces surrounding their favorite video games for years. This is not something that changed when the pandemic hit. In fact, this only accelerated the social gaming trend.

Unfortunately, there are many inaccurate stigmas around gaming, one of which is the idea that gaming somehow isolates you from the real world, preventing you from making meaningful connections with people. However, recent research from Newzoo, a game and esports data firm, is confirming what many gamers already knew: Gaming is a phenomenal way to socialize and make strong connections with people.

Let’s dive into some of this data and discuss what it means for gaming and its future. 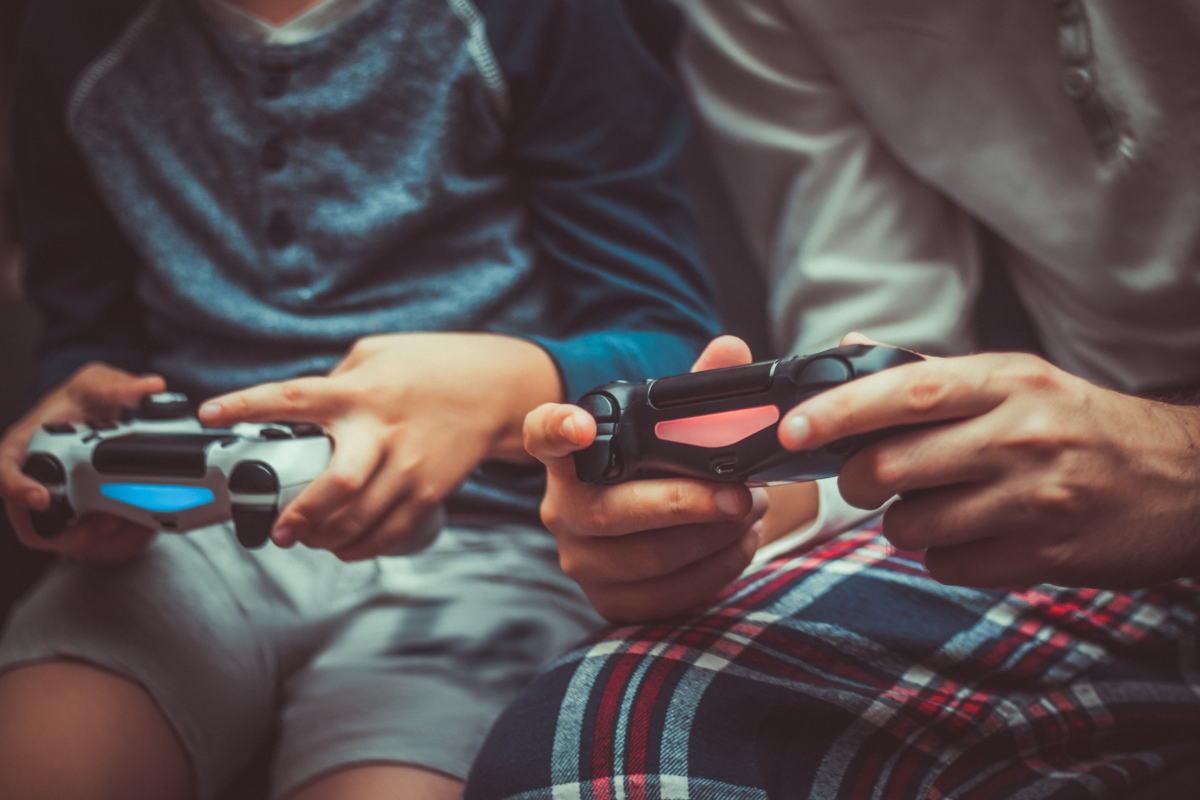 This shouldn’t come as a surprise, but time spent gaming has increased during the pandemic. According to Newzoo, fifty-one percent of players in their study reported spending more time playing during the pandemic. It's important to note that this number will most likely go down as the world continues to open up. People will be going back to their normal lives and normal playing habits.

However, the data shows that the age demographic that gamed the most during the pandemic was young people. Younger audiences will most likely continue to keep socializing via video games even after the pandemic subsides.

Social Gaming is a Major Reason for Playing Games

Newzoo’s research shows that socialization was a major factor for seasoned & new gamers. One third of 10–20-year-old gamers said that socialization was a major reason for playing video games during this time. This is interesting when compared to an older demographic. Seventy percent of gamers ages 36-50 cited relaxation as their reason for playing. We are likely to see socialization in gaming continue to be a major factor as the younger demographic continues to get older. 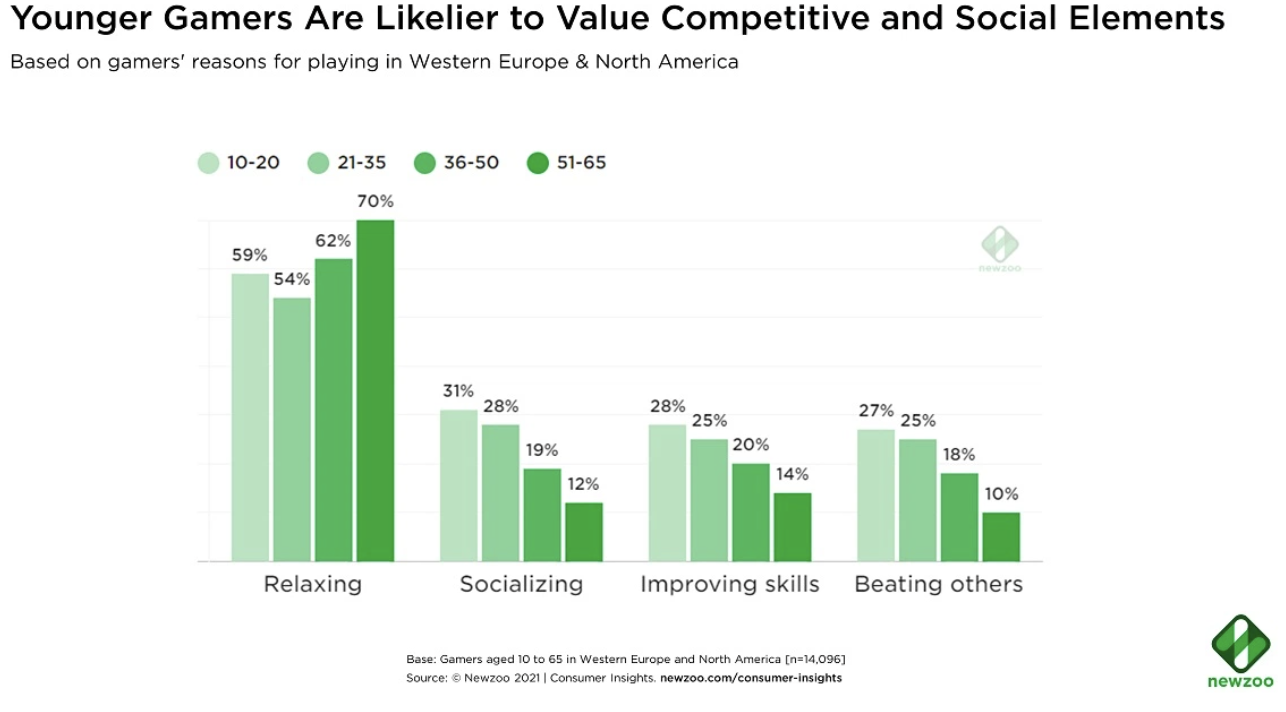 Socializing doesn’t just stop when the game is turned off, though. The research also found that 80% of players talked about their games with peers, 61% engaged with gaming communities, and 60% visited various forms of gaming websites, podcasts, or blogs. This data is smashing the stigma of the lonely, isolated gamer, and is actually showing that gaming might have the opposite effect.

Gaming is actually pushing this younger demographic of gamers to form communities around the games they love most. Newzoo found that around 10% of gamers are what they call “community gamers.” These are people who prioritize the social engagement and viewing of games over actually playing the game. 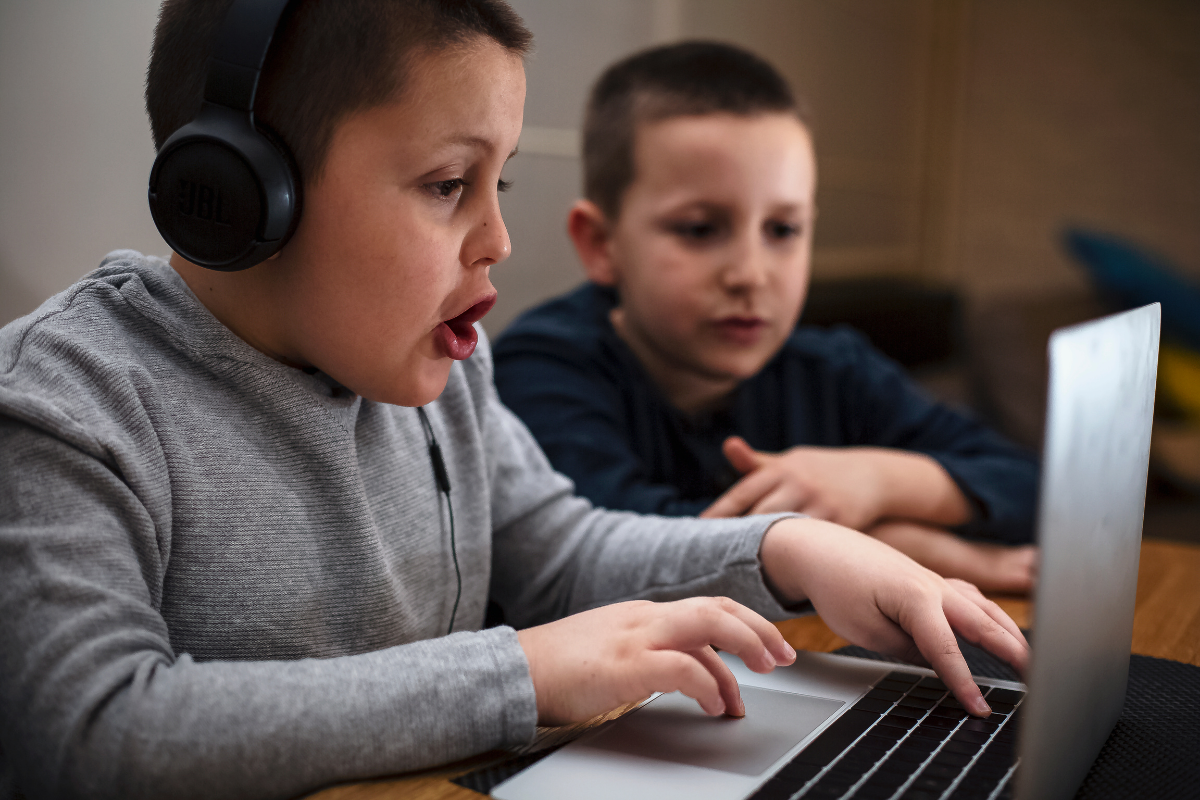 Newzoo’s research shows that there is a lot more to gaming than most people realize. One of gaming’s biggest strengths is its ability to create communities. Sure, people always have and always will love to play just to play, but socialization is proving to be a major influencer in gamers decisions. This isn’t something that is going to change anytime soon. As more and more people are introduced to the world of gaming, we can expect to see the number of social gamers to rise as well.