Gaming setups can’t get much simpler than a 3x3 grid with a bunch of X’s and O’s. That’s probably why we can trace back the first ever three-in-a-row games to ancient Egypt. Tic Tac Toe history dates back as far as 1300 B.C., where game boards similar to the modern day set up could be found on roof tiles and etched into stone.

From the days of old to the present, let’s explore the history of this timeless classic.

The game we know now as Tic Tac Toe (also called ‘Noughts and Crosses’) took an earlier form in Ancient Rome called  "Terni Lapilli" or “Three Pebbles at a Time.” In this version, each player only had three pebbles to use on the board and had to move them along the empty spaces in order to keep playing.

Evidence of these games were found chalked all over Rome, proving how even in ancient times, humans passed the time with games of all kinds. 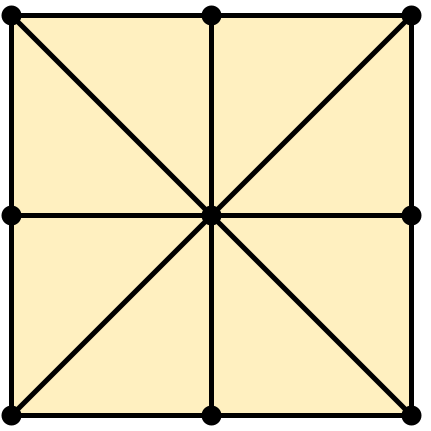 “Three Men’s Morris,’ a similar three-in-a-row strategy game seen above, dates back to ancient Egypt. In order to win this game, the first player to place all three of their pieces on one of the eight lines. This particular game found its way all the way to China as well as the Philippines.

“Picaria” was the game played by the Puebloans in what is now the Southwestern United States. Picaria has more in common with Three Men’s Morris than it does with Tic Tac Toe. The game also requires players to line up three of their pieces in a row by moving freely around the board.

The 3x3 grid seems to be the most consistent thing in Tic Tac Toe history. While mainly used for entertainment purposes, the 9-square grid was also used as a magical aid in Medieval times. Known as “the Magic Square,” this grid aligns numbers 1-9 so that their sums are the same horizontally, vertically and diagonally. It was believed that this square held a numerical message holding the world’s secrets.

While the ancient versions aren’t very familiar to us today, the Tic Tac Toe game we know started to gain traction in mid-1800s Britain. In 1858, a popular tabloid in England first referenced the game by the name “Noughts and Crosses” (“noughts” referring to the O’s used in play). This is the first known and recorded mention of the modern day version.

Fast-forward about 30 years when the first printed reference to “tick-tack-toe” was recorded. It was defined as "a children's game played on a slate” and is played while “trying with the eyes shut to bring the pencil down on one of the numbers of a set, the number hit being scored.”

The modern spelling of Tic Tac Toe didn’t come into play until the early 20th century in the United States, where it was renamed from the British Noughts and Crosses.

Tic Tac Toe history was changed dramatically when the game was brought to the digital world in 1952 as a game called “OXO.” Produced by Sandy Douglas, a British computer scientist, OXO became one of the first known video games that pit human players up against a computer opponent capable of playing perfect games. 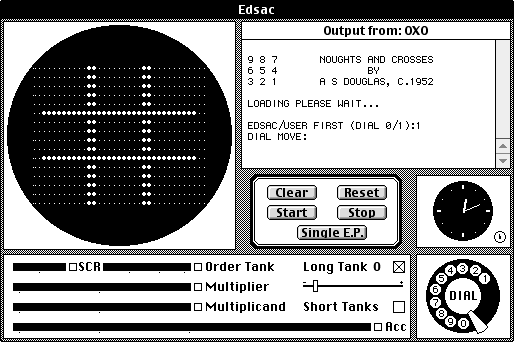 In 1975, Tic Tac Toe was used to show how Tinkertoys can be used to make a functioning computer. MIT students fashioned the Tinkertoy Computer, which, like OXO, can play Tic Tac Toe perfectly.

The gameplay hasn’t changed much in today’s version, however, making Tic Tac Toe the perfect time waster. The game can be played on literally any surface, provided players have something to write or mark their spaces with.

Strategic Tic Tac Toe is a spin off version of the game with a complicated twist. Players must connect three X’s or O’s on multiple smaller grids. The winner of each game then places a larger X or O on a bigger 3x3 grid. This version allows players to put a bit more thought into how they’re playing. They have to strategize their wins so that three smaller boards all line up.

Now that you’re an expert on Tic Tac Toe history, play a few rounds against a computer to see how you do. Need some help coming up with a good strategy? You can read more about different strategies here.