Critical Thinking Games That Will Challenge Your Mind

Another week, another batch of new games on Coolmath Games. This week, the theme of our content is critical thinking games. In these new games, players will have to use their noggin if they want to go far. While the games all vary in gameplay, they all require the ability to think through problems in order to figure out how to get past the roadblocks and make it to the next level. Whether it’s jumping, sliding, or lining up colors, you will be sure to get a wide variety of gaming experiences.

While everyone loves action-packed games such as Moto X3M and Awesome Tanks, critical thinking games can be a great change of pace. Along with this, these games can actually have positive neurological effects on your brain, strengthening skills such as problem-solving and memory. To learn more about how video games like these can benefit you, check out our Coolmath blog here.

With that being said, let’s take a look at some of the new critical thinking games that have been released this week, and why you should make sure to go and check them out when you have the time.

Wup! A game that is almost as much fun to play as it is to say out loud. Wup is about as simple as it gets in terms of controls. Players are only allowed to move left. No jumping, no turning back, no ducking, no shooting, just moving left. As you can probably guess, the controls aren’t too hard to pickup, at most, it will take you about 10 seconds to learn.

So how is this fun you might ask? Well, players will have to have immaculate timing as they dodge razor-sharp spikes coming for them. Along with that, you will also have to think about when you are going to try and continue throughout the map, as poor timing and planning will likely result in your downfall.

For having such a simple concept, Wup is surprisingly addicting. There is something so satisfying about barely dodging the spikes, and relying only on your timing and planning rather than your ability to use all of the different controls well is a fun change of pace. 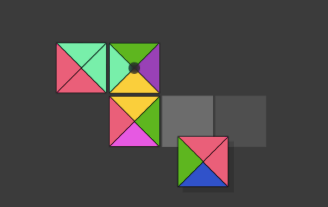 The idea of Mosaic is that players are given a set of tiles, which they must match up together. Tiles have to line up with one another in order for the colors to match. Once all of the tiles are placed down and matched, the level is completed and you move on to the next one!

While this concept may sound simple, it gets extremely complicated as you progress through the levels. The first 5 or 10 levels may be a breeze, but just wait until you start getting near the last levels. With hundreds of variations of where the tiles can go, Mosaic proves itself to be one of the more difficult critical thinking games.

So put your skills to the test and see if you can get through all 50 levels of this game! 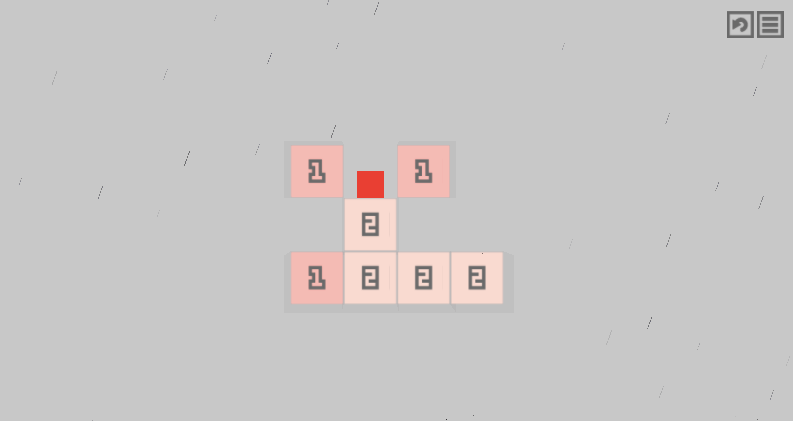 Your goal in 1 Square is to get rid of all the numbered boxes that surround you. Every time you jump on a box, the number of the box goes down by 1. Once it hits zero, the box disappears and you are unable to jump onto the space where the box once was.

Players must plan ahead, as they may destroy some boxes too quickly and forget to leave a path for them to get to the other squares.

Along with this, players are on a time limit. A flood is slowly rising from the bottom of the map and will wash away players if they take too much time. Make sure to be quick, but don’t hurry through the map and start destroying boxes at random. This addition of a time limit makes 1 Square one of the more stressful yet fun critical thinking games that we have at Coolmath Games.

So whichever new critical thinking game you decide to start with this week, you are sure to have both a challenging and fun experience. Once you get done playing these new games, you can head over to the Thinking Games playlist here to challenge yourself even more.