The History of Solitaire: A Brief Review

It's hard to not get bored when you're sitting by yourself. But all you really need for entertainment is a deck of playing cards.

35 million people play solitaire every month. More than 100 million hands are dealt every day across the world. Solitaire is easy, affordable, and requires only 52 cards.

The game you know as solitaire hasn't always been solitaire. In fact, some people may not even call the game "solitaire" today.

The history of solitaire is long, taking place over centuries and across continents. Here is a quick version of it.

The origins of solitaire are unknown. There are not too many records of games from the early centuries.

The first playing cards originated in China in the 10th century. They soon spread into Europe and became popular over the medieval period.

The French developed the four suits in the 15th century. The English adopted their suits and added figures of jacks, queens, and kings. The 52-card deck then emerged sometime in the 17th century. 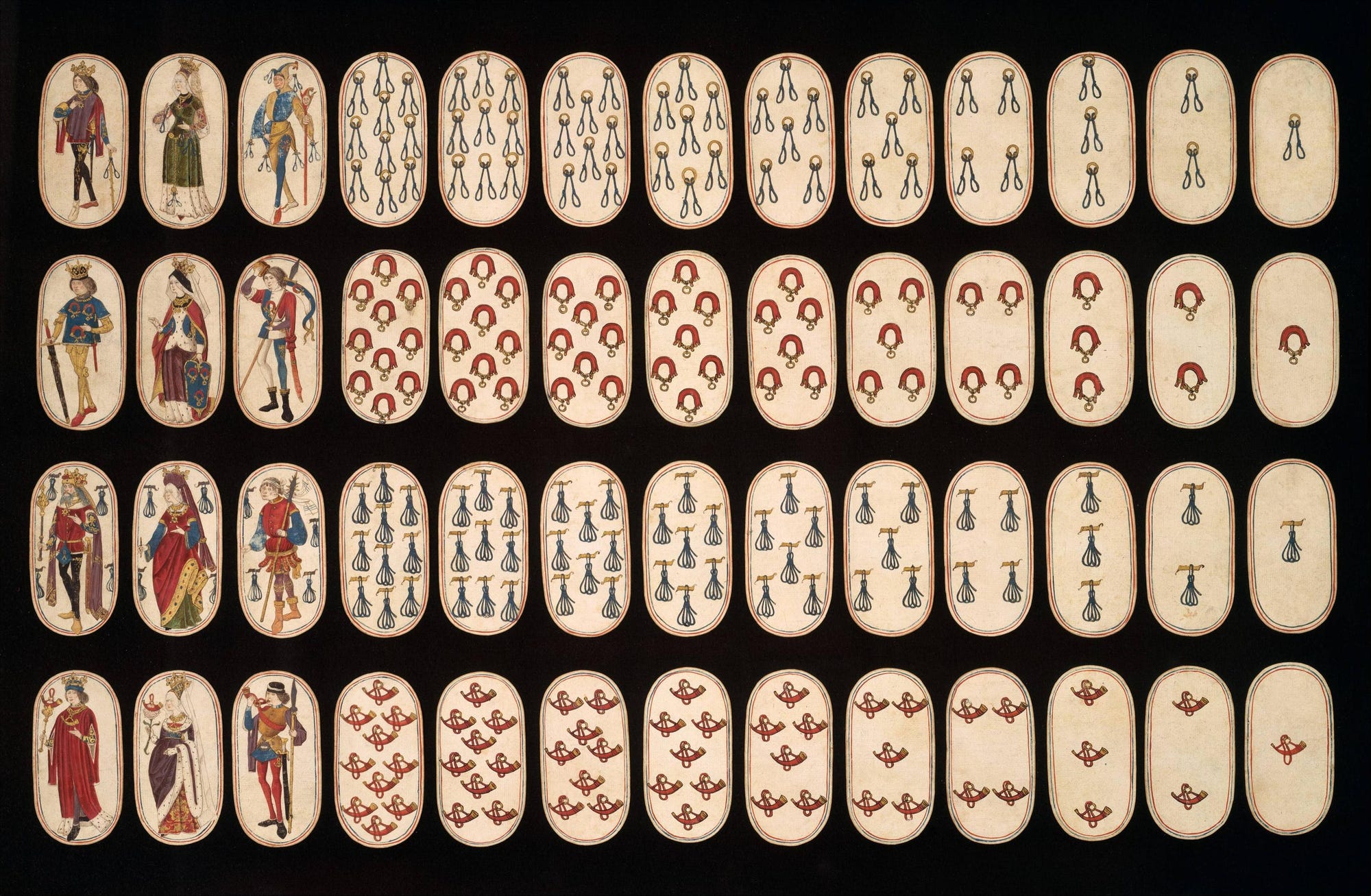 The first written references to solitaire appeared in a German gaming book published in 1783. It's not clear if solitaire then used the modern 52-card deck. Tarot cards were also used in games, alongside dice or stones.

The game was then called "Patience," probably to indicate how you needed patience to be successful. If solitaire used tarot cards, it may have originated as a type of fortune-telling. By matching cards together, a person could understand what their future would be.

Solitaire became famous in the 19th century. After being defeated at Waterloo, Napoleon played the game to pass the time. No one knows if he invented a variant himself, but a version of solitaire called "Napoleon" was named after him.

In 1870, Lady Adelaide Cadogan published a book called Illustrated Games of Patience. Her book provided the first formal rules for solitaire, shaping what the game is today.

Lady Cadogan's book first appeared in America in 1914, which was a big step in the history of solitaire. The publication ignited interest in the game across the country.

More variants emerged during the second half of the 20th century. Discussions about solitaire strategy grew, increasing competition amongst players.

Two-person solitaire emerged sometime during the second half of the century. Two players play a game with their own packs. The first one to clear their deck wins.

Solitaire tournaments began in the 1990s. Microsoft and other companies continue to run tournaments today, challenging players to compete against employees. Some even offer cash prizes.

A Brief History of Solitaire on the Computer

Solitaire is perhaps most famous as a computer game. Solitaire on the computer dates back to the first PCs. Since coding for playing cards requires little effort, solitaire was an easy game to include on computers.

Brad Fregger produced the first commercial solitaire collection in 1987. It contained eight variants of the game, with graphics that supported 16 colors. His program allowed Mac players to play as well, encouraging Apple to examine solitaire. 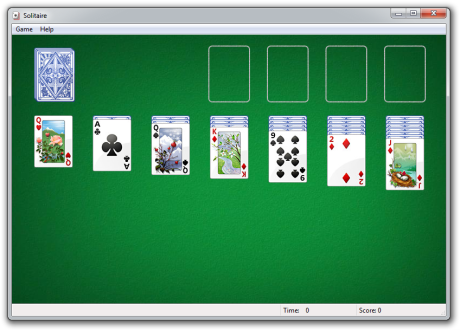 FreeCell became so popular that all editions of Windows since 1995 have contained it. Players launched websites analyzing strategies. Researchers have even developed computers to create winning players.

Not to be outdone, Apple has produced several types of solitaire. Their collections include Solitaire Plus, which contains 30 different variants.

The lack of standardization of solitaire meant that people made many variants of the game. There are thousands of different variants, most of them containing minor differences from the original game.

Klondike is the best-known variant of solitaire. In the United States and Canada, it's usually referred to as "solitaire" without qualification. The name comes from a region in Canada, suggesting that this is where it originated from.

Klondike begins with seven piles of cards, each one containing one more card than the last. One card on each pile is face up. Players must move the cards until they build four stacks starting with Ace and ending with King, all of the same suit.

Spider Solitaire is an important part of the history of Solitaire considering its popularity. Spider Solitaire appeared in the mid-twentieth century. Franklin Roosevelt was a fan of the game. The variant features two decks, instead of the standard one. Players must make a column from Ace to King and then remove it from play.

Two-person solitaire variants include Racing Demon. When players off-load cards, they off-load onto the decks of other players. The first person to clear all of the cards in front of them wins.

Solitaire Over the Years

Solitaire is the most popular card game in the world. The history of solitaire shows that wasn't always the case.

It emerged sometime in the 18th century. Rules took one hundred years to develop, leaving room for hundreds of variants.

The game boomed in popularity when Microsoft included it on personal computers. Software developers made even more versions. The game you know as "solitaire" is actually called Klondike, though Spider Solitaire is also popular.

Now that you know its history, you can start playing. Cool Math Games features solitaire alongside hundreds of others. Shuffle up and deal now!