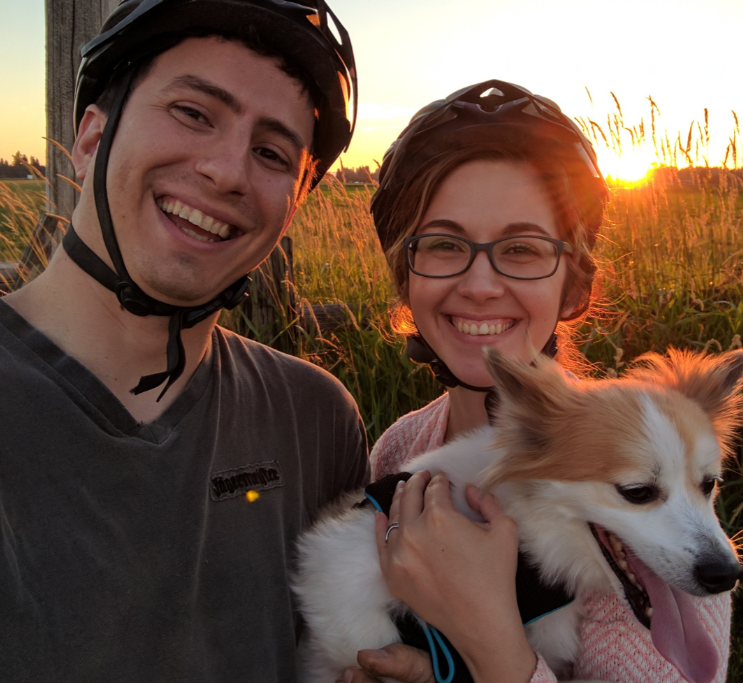 To start with, we brainstormed different possible interpretations of the word “head.” We eventually landed on “cutterhead,” or a type of drill. Sarah came up with Screwhead (our protagonist) and began making the art in Inkscape. Adam set off on creating a drilling game, and Sarah contributed to the story and general aesthetics.

Adam has been developing games for around 3 years now, and Sarah joined his team about two months ago. As an aggressively codependent husband and wife team, we’re always looking for new reasons to spend time together, and this was a great way to do that. Our biggest challenge was that finding time is quite hard: we’re both full time teachers (Adam teaches shop and Sarah teaches English) with a 9-month old, so we mostly worked late at night. Sarah’s most inspirational games are Stardew Valley and The Witcher series. Adam is inspired by many games, but developers like Tom Francis and Butterscotch Shenanigans are most influential to him.

Control your cutterhead with the left and right arrow keys. Collect ores to buy upgrades in the store between drilling sessions. Use the down arrow to speed up (once you've upgraded).