Optimization Games to Turn You Into a Business Tycoon

Ever think about being a business mogul? Well now you can, in a fun and interesting way. This can be done through the medium of video games. In fact, there are a number of optimization games that can actually be useful when it comes to improving your business skills.

It’s perhaps less likely that you’ll find such games on other gaming platform like Xbox or Nintendo Switch.

However, there are tons of fun and action-packed optimization games right here at Coolmath Games. Before we go over some of our recommendations though, we need to understand what exactly an optimization game is.

What are optimization games?

When most people think about video games, they tend to think of whatever’s currently on Top Ten lists, or what’s being spoken about on all the big news sites. They may also think of them in terms of what’s being spoken about by the big names in the industry (of course, if you are interested in checking out a top 10 list, we have a blog all about our top 10 most popular games on our site).

As a genre, business games aim to do one thing, and that is to tweak a player’s way of thinking, and help improve their businesses that they are running. This could be via a game mode that focuses on how money is handled, such as expenses, or how a profit can be made.

Take a game such as Lemonade Stand. It may seem simplistic, but that’s part of the appeal. It’s all about game optimization. Your real world business is likely to be more complicated than a cartoon lemonade stall, but the general idea behind this game is to get the player to think about numerous factors that involve their business.

This could be taking into account the fact that profits may be affected by external factors. In the case of Lemonade Stand, poor weather may mean fewer people are interested in purchasing a delicious lemonade drink, so prices may have to be lowered. 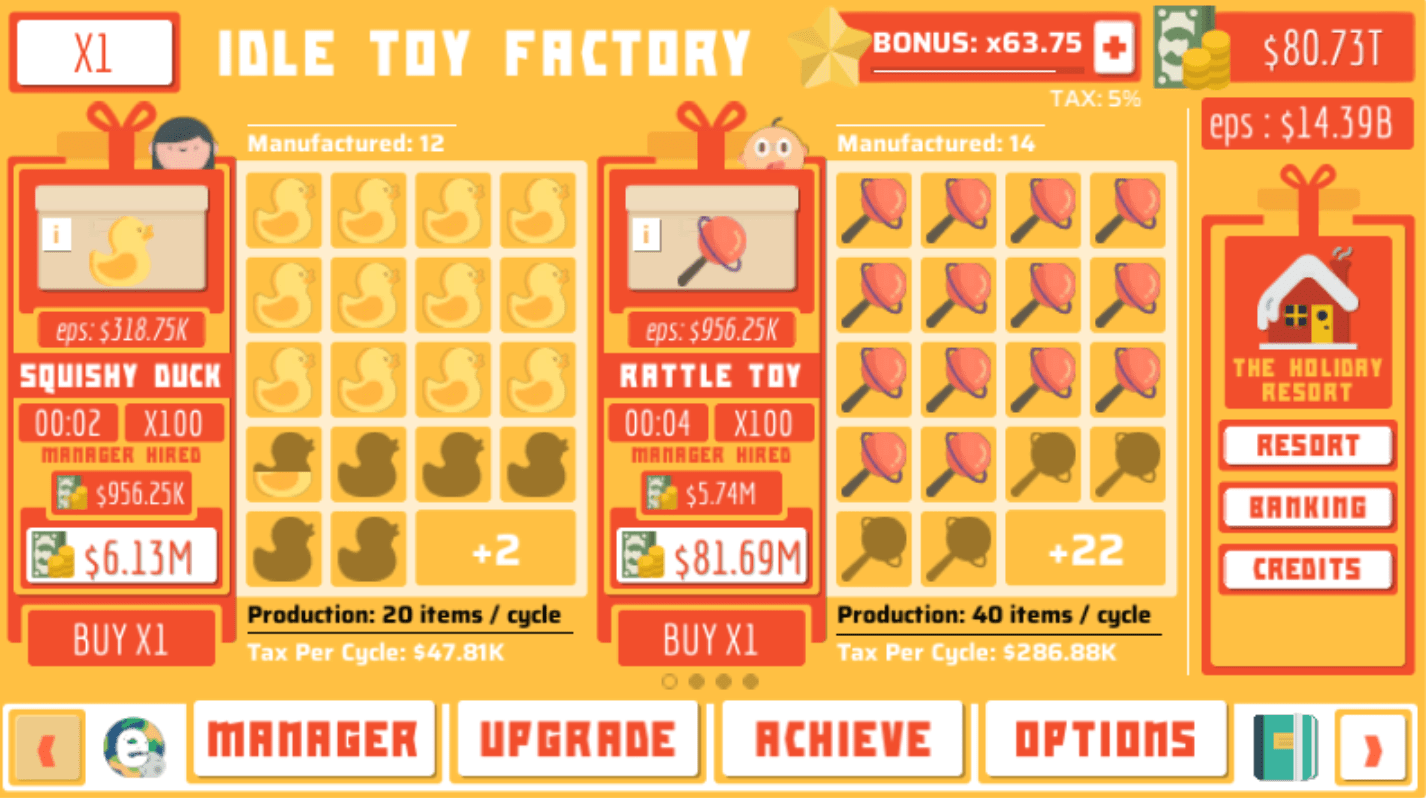 Optimization games are all about thinking about tiny variables like this: they help you with optimizing how a business runs through gameplay. Another example is Idle Toy Factories. This one, much like the previous game, gives the user the ability to set parameters and price. In the case of Idle Toy Factories, it also has mechanics that allow for the hiring of managers, as well as deciding which toys players should produce and which they shouldn’t.

Why are optimization games so popular?

The reality is that, as an industry, video games are more popular now than they have ever been. In fact, their popularity is only increasing, both with current generation consoles and PC gaming, especially on platforms like Steam. Last year, it was estimated that there were around 3.24 billion gamers in the world.

But not everyone wants to play the latest first-person shootler game, or the newest Fortniteupdate. Therefore, things like optimization games not only have the ability to teach about business skills, but they can also be fun, while giving you a break from the normal video game format.

Some of these games may even be reminiscent of some already established popular titles that may have been more mainstream. For example, in Papa’s Pizzeria, some may see similarities between this and the likes of Cooking Mama, a popular game for the Nintendo Wii and DS handheld console.

It may be a little different, in that Papa’s Pizzeria is about making and selling pizzas. However, it requires game optimization skills to help you run a food-based business, and try to make it successful. This is a similar game mode to Cooking Mama.

What makes optimization games popular still is the fact that there are numerous titles out there, all of which are free to play. This means that, if there’s one that is not 100% to your liking, there are many others to try that are easy to get into, but also have something to teach about business. 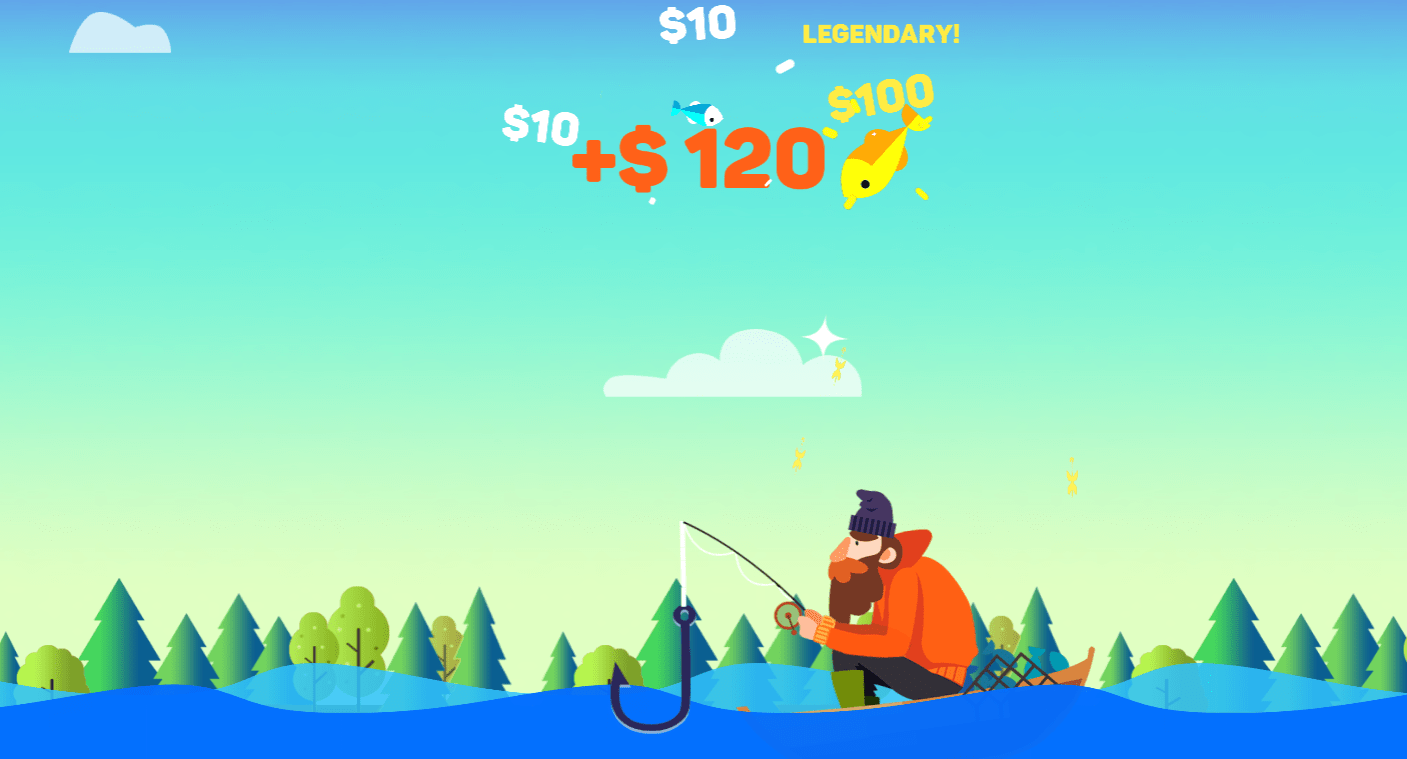 Don’t fancy making pizza or building toys? Why not opt for something like Tiny Fishing? It may not sound like an optimization game. However, the value of it is, like the other examples in this post, has a game mode that enables business learning in an optimized way. When do you make a purchase that serves the business? Should you upgrade how many fish you can reel in, or how deep your rod can go? These are the questions that you will have to be able to answer when playing Tiny Fishing.

For a more in-depth look at Tiny FIshing, check out our blog on how to play Tiny Fishing.

Are optimization games even games?

It’s the age-old question when it comes to video games. According to Merriam-Webster’s dictionary, a video game is “an electronic game in which players control images on a video screen.” While many might tweak this definition, it definitely seems as though optimization games are games.

They might not be Call of Duty, or they might not utilize the latest graphics cards, but game optimization and business-like game modes make them games nonetheless. Better still, they are games that can help you to hone your business skills. That can only be a good thing, in the end.

If you feel inspired to use gaming for more than just a way to pass the time, you can check out other ways that video games can be used as learning tools.

Go and check out some of the optimization games now! If you want a few more options, you can either check out our business games or idle games playlists.