Solitaire And The Most Popular Variations

Solitaire is up there with Minecraft and PUBG as one of the most played video games of all time. It’s the original single-player; a card game that dates back to the 18th century but is still the ‘time waster’ of choice for millions of gamers. A sign of this popularity is the amazing number of different varieties of Solitaire that exist - more than 500! Let’s take a look at some of the most common types of Solitaire.

The term ‘Solitaire’ covers a range of solo games that are typically played with a deck of cards, pegs, marbles, or mahjong tiles. There’s no record of how or when these games were invented, but references to the card game of Solitaire started appearing during the 19th century.

The name itself comes from the Latin term ‘solitarius’, meaning lonely or isolated. This was used for these games because, despite the many different versions, they all share the ability to be played on your own and at your own pace.

The playing card version of Solitaire is the most common, but there are many other formats that share the name, just with different gameplay. This includes the game Peg Solitaire, which is played on a board. Another example is Mahjong Solitaire, which challenges the player to match the symbols on tiles. Here’s the Coolmath Games version of Mahjong.

What are the different types of Solitaire?

There are a mind-boggling number of different Solitaire variations. For the card version alone, there are more than 500 different variants but there is a core group of classics that stand out from the pack. Here’s a look at some of the different ways you can play Solitaire on Coolmath Games: 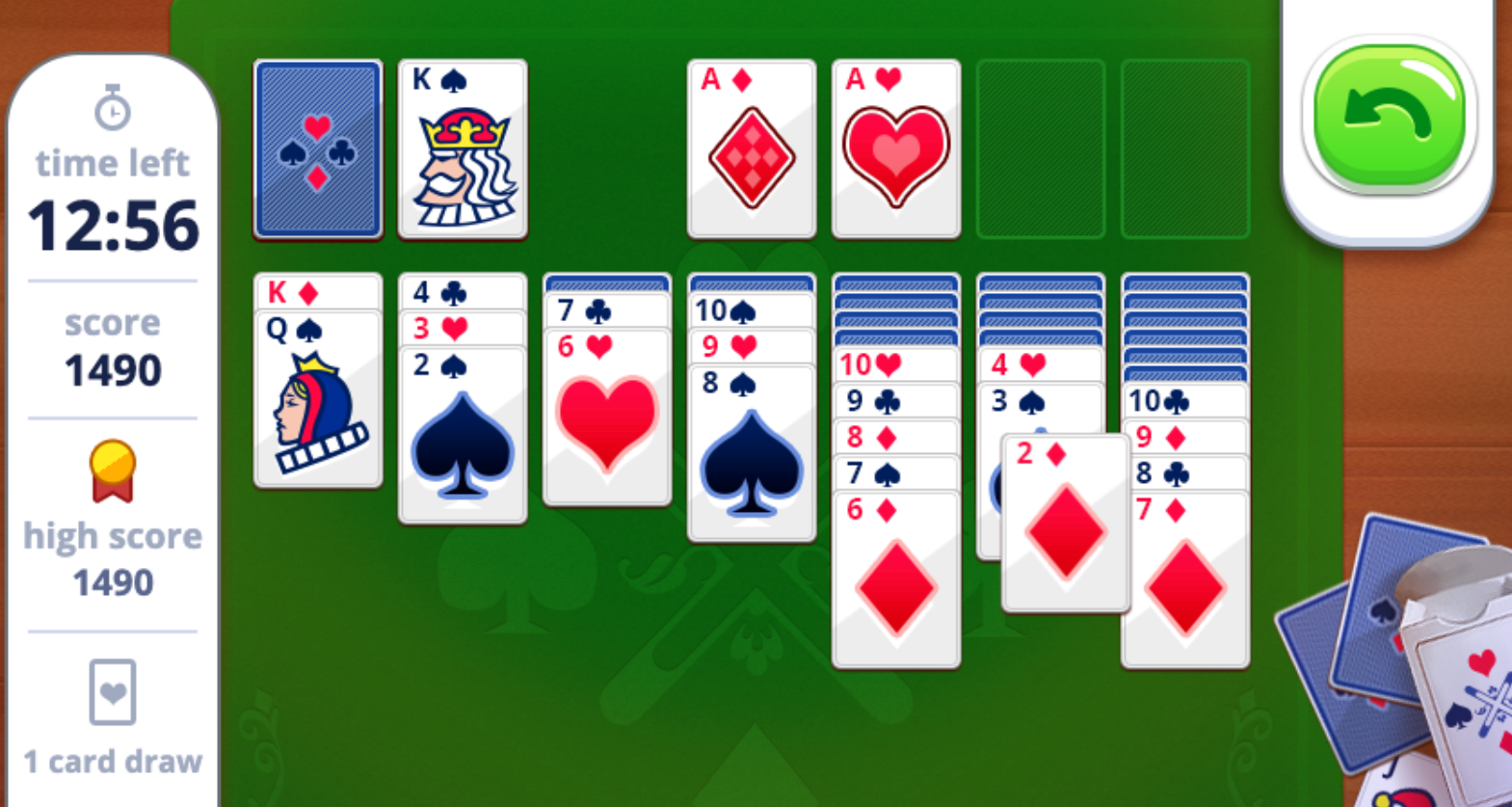 When most people think of Solitaire, or ‘Patience’ as it’s often called in the UK, they think of this Coolmath Games version: Solitaire.

It’s also commonly known in North America as ‘Klondike’ Solitaire due to its popularity amongst Canadian miners involved in the Klondike Gold Rush of the 1890s.

The ultimate aim is to move all cards in sequenced order into the four foundation piles - one for each suit. Cards can be moved around by creating columns in descending order and with alternating colors.

What makes Klondike Solitaire challenging and addictive is that so much remains hidden. You are constantly trying to unlock the top cards to reveal what’s underneath to trigger more matches.

Even the most skilled Solitaire players are only able to win around 43% of the Classic Solitaire games they play. But this just makes it more enjoyable when you do finally clear your cards. 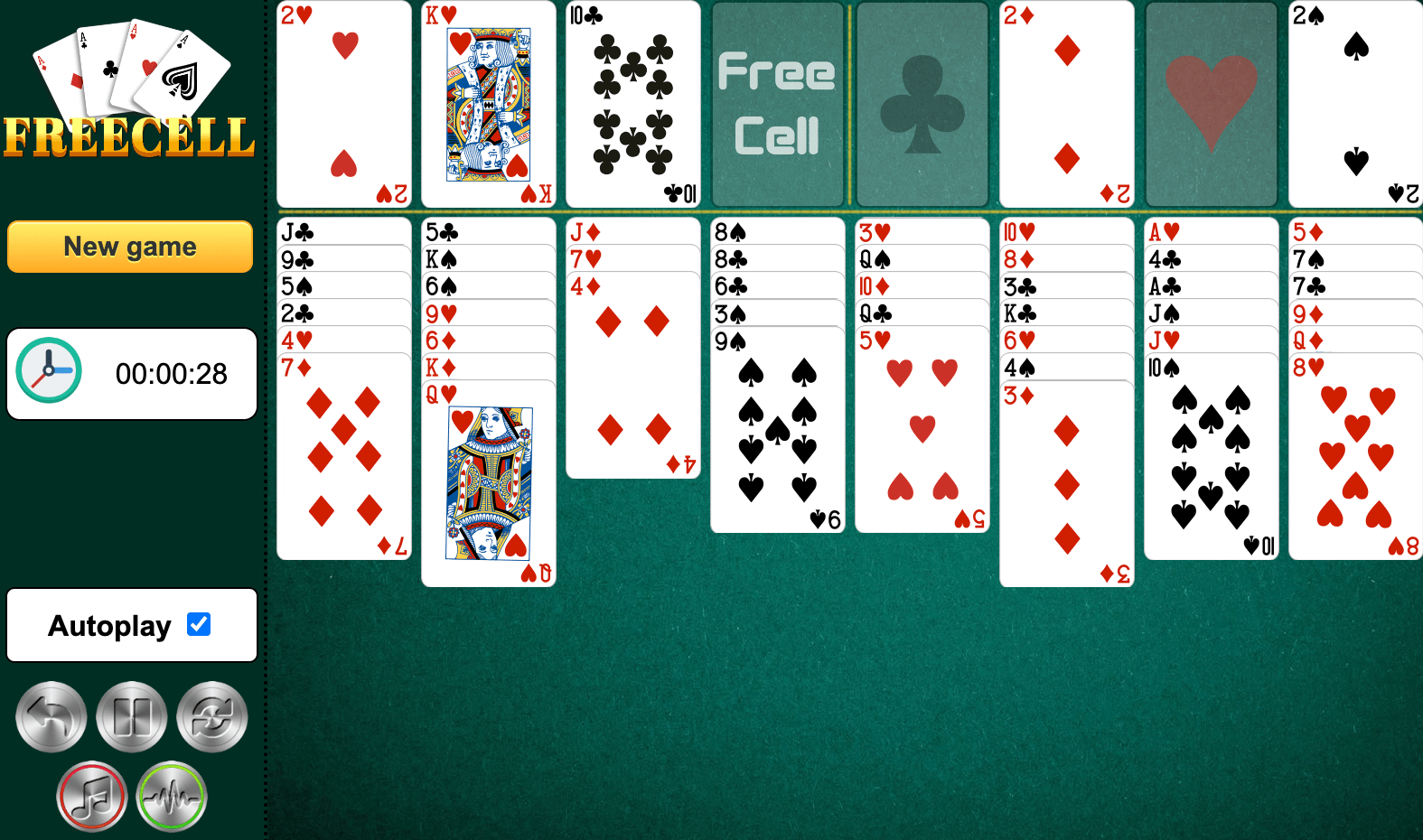 While Classic Solitaire keeps most of the cards hidden, FreeCell shows you everything faceup. It makes this one of the most forgiving types of Solitaire and increases your chances of winning each game. In fact, just about every single game is winnable with just a tiny number of starting positions that are impossible to beat - estimated at 0.01%. This makes FreeCell Solitaire an extremely good Solitaire gateway for beginners. You can find the Coolmath Games version here: FreeCell.

This is a spidery version of Solitaire that challenges you to untangle the muddle created by two decks of shuffled cards. The cool thing about this variation is how much freedom it gives you to adjust the difficulty. You do this by choosing how many suits you want to play with - one, two, or all four.

The more suits you play, the harder it becomes to solve. With all four suits, this is one of the most challenging types of Solitaire, with an experienced player only expected to win around one-in-three games. Try it for yourself here: Spider Solitaire. 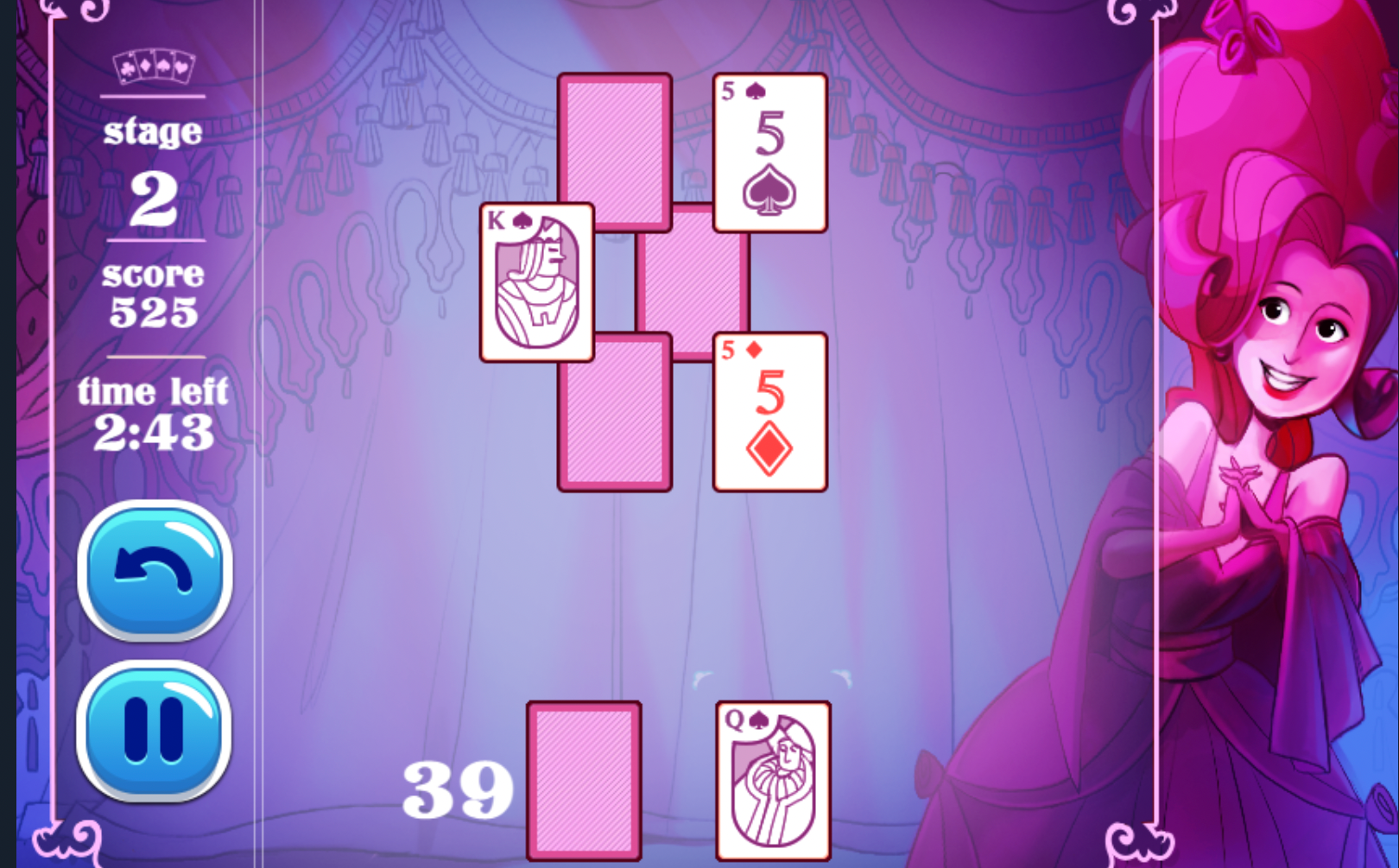 This takes all the basic elements of Solitaire and turns them into a soothing magic-themed puzzle game. Unlike the other types of Solitaire, this is a version of Solitaire which you couldn’t play with a physical deck of cards. It adds many gaming elements with a timer, score, and increasingly challenging levels as you unlock the higher stages. Cast your eyes on it here: Magic Solitaire.

Not all types of Solitaire are card-based. There’s a whole other world of variations that use pegs or marbles on a board. They share the same name but feature completely different rules with players having to clear all but one of their pegs by jumping over pieces to remove them.

The Coolmath Games version of Peg Solitaire starts with an easy board but they get more challenging as you progress. The peg version was also an early video star with ‘Solitaire’ featuring as one of the first games to appear on the Nintendo Gameboy in 1992.

How did Solitaire become a top video game?

Solitaire was used by Microsoft as a simple way to help people get familiar with using home computers. This was a time in 1990 when few people owned a PC or knew what a computer mouse was. Similar games came pre-installed on PCs, such as Minesweeper to help players learn about clicking and right-clicking. To learn more about that, check out our blog on the history of Minesweeper.

The Microsoft version was designed as a summer project by a bored intern called Wes Cherry who based the game on the Klondike variation of Solitaire. It was added as a kind of novelty but Solitaire quickly became the most used application on Windows - beating beefy rivals such as Word and Excel. To learn more about this, make sure to check out our Coolmath Games blog all about the history of Solitaire.

With the runaway success of this computer version of Solitaire, Microsoft added a FreeCell version in 1995 and a host of variations have followed since. Celebrating its 30th anniversary in 2020, there are still around 35 million active Solitaire players each month.