Ever wanted a game that lets you become an unbeatable master? A game where, no matter who you play, you will always be winning or drawing? That game is Noughts and Crosses - also known as tic-tac-toe. With just a little practice and some sneaky strategy, it's a game that's easy to master.

This guide will help you on the journey to becoming a Noughts and Crosses gaming guru.

What is Noughts and Crosses?

Noughts and crosses is a simple game with a confusing number of different names. It’s called different things in various parts of the world. In the US, it is known as ‘tic-tac-toe’ while in the UK it is referred to as ‘Noughts and Crosses’. Nought is a British term for 'zero'.

Another variation sometimes seen is ‘Xs and Os’.

But whatever the name, the game itself is the same. It’s played on a three-by-three grid with players taking turns to place their designated marker, either an ‘X’ or an ‘O’. The first to place three-in-a-row wins. Simple.

Noughts and Crosses has a surprisingly rich background, with a history that can be traced back to several centuries ago.

The History of Noughts and Crosses

An early version of the game can be traced back to the Roman Empire. It was called Temi Lapilli (Latin for ‘three little stones’) and was played with pebbles on a grid. Another variation also existed called Three Men’s Morris where playing grids have been found etched into buildings in ancient Egypt.

The modern version has the honor of being one of the first-ever video games. A computer version called OXO was developed in 1952 by a pioneering British computer scientist named Sandy Douglas, with a working version still running at the University of Cambridge.

Noughts and Crosses Tactics and Tricks

An experienced Noughts and Crosses player should never be beaten. There are a very finite amount of outcomes, so learning the ins and outs of the game is not as much of a challenge as it may sound. You can get to that stage with a few simple Noughts and Crosses tactics:

1. Think a few moves ahead

Noughts and Crosses is a fairly simple game, but to become a master you need to always think a couple of moves ahead. You should play through in your mind, not just your next best move, but also your opponents.

The longest any game can last is nine moves. With a limited set of options, plotting ahead is not nearly as daunting as a task as a game such as Chess.

If you have the option, you should play first. This is one of the most basic yet important Noughts and Crosses tactics. Going first gives you a significant advantage over your opponent. Statistically, you have 91 ways to win when going first, compared to player two’s more limited 44 winning options.

So being player one puts you in the driver's seat and allows you to start setting traps for your opponent to fall into. The Coolmath Games version randomizes who goes first to keep things fair.

One of the most effective Noughts and Crosses tactics is to take three of the corner squares, giving you multiple possible winning rows. It puts your opponent in an impossible position - if they block one then you win with one of the others.

The corner trap works against less experienced players because they tend to always be looking for two-in-a-row patterns. Choosing the corner strategy helps to disguise this sneaky attack.

4. Look beyond the center

The center square is always a popular pick for novice players. It’s tempting because it gives you the most possible options and the feeling of dominating the board. However, more experienced players can use this to their advantage and take up the valuable corner squares.

By allowing your opponent to have the center square, it makes it easier to spot and block any threats while you look to catch them out with a less obvious attack along the sides of the grid.

Even with the best skills, you can’t win every game. That being said, you can always nullify an opponent by claiming a ‘Cat’s Game’. This is a term that just means the game is a tie in Noughts and Crosses. Oddly enough, nobody’s really sure where the name comes from.

But this is the end game where all the grid positions are taken and neither player has found a row of three. When two experienced players meet, this is the most likely outcome for every game, especially if someone takes up the center square early on in the game.

Take it to the next level 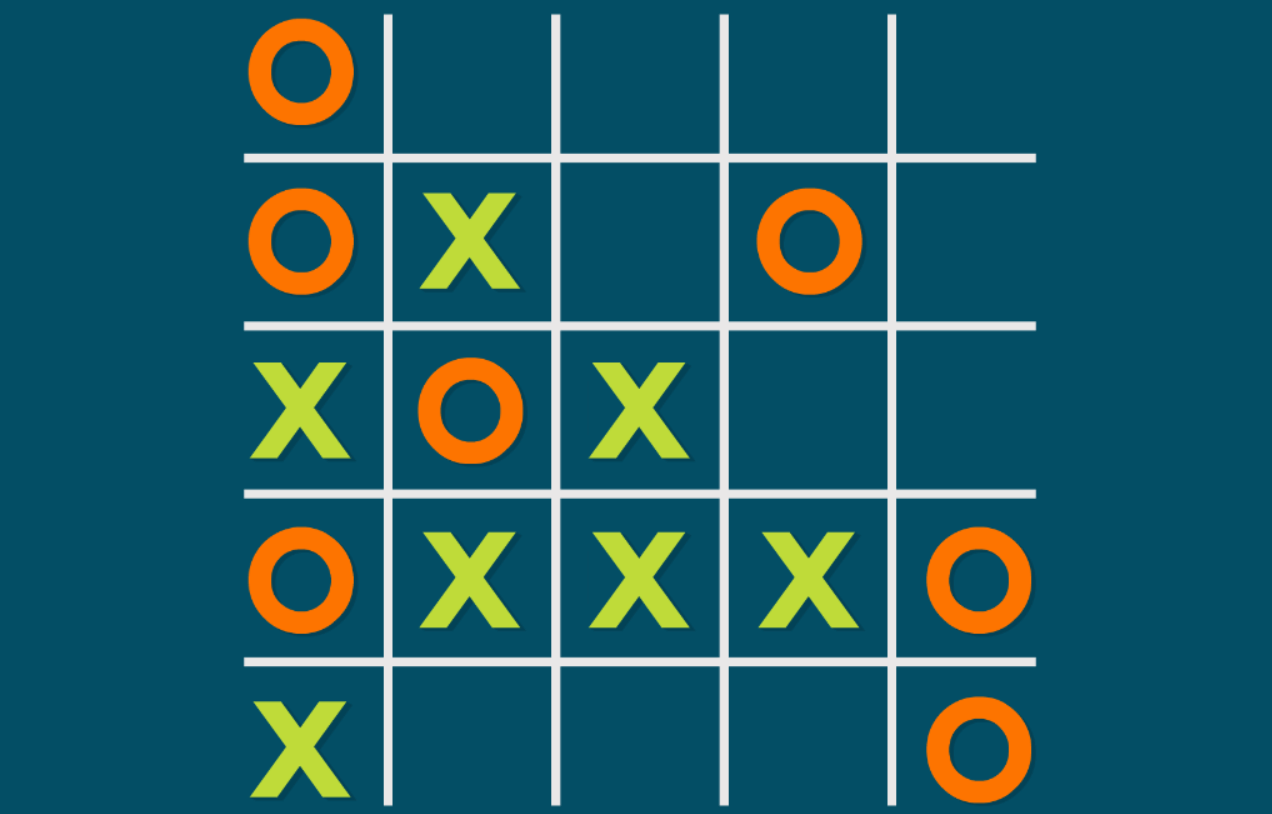 Once you have started to master Noughts and Crosses tactics, it’s time to take things to the next level. To start, you can try increasing the difficulty in the classic version of Tic Tac Toe by playing on the larger 5 x 5 sized grid.

If that’s not challenging enough, how about testing your skills with Strategic Tic-Tac-Toe. This is where you’re playing nine different grids and control where your opponent gets to play their next move.

One of the great things about Noughts and Crosses is that all of the skills that you are building by learning to plan ahead will boost your abilities in so many other strategy games. Want some examples? Well, go check out our Coolmath Games blog on the Best Strategy Games to Show Your Abilities.